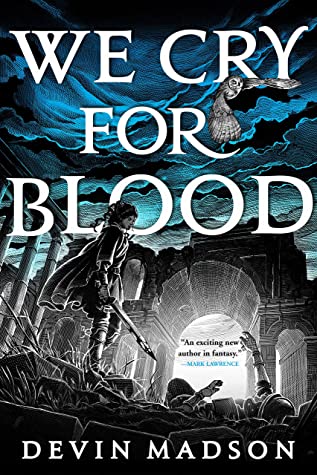 I’ve been looking forward to the next volume in this series since I read the last, so when I had the opportunity to read a NetGalley of this one, I jumped all over it.

So, many thanks to the author, as well as Orbit via NetGalley for the review copy!

Ambition and schemes have left the Kisian Empire in ashes. Empress Miko Ts’ai will have to move fast if she hopes to secure a foothold in its ruins. However, the line between enemies and allies may not be as clear-cut as it first appeared.

After failing to win back his Swords, former Captain Rah e’Torin finds shelter among the Levanti deserters. But his presence in the camp threatens to fracture the group, putting him on a collision course with their enigmatic leader.

Assassin Cassandra Marius knows Leo Villius’s secret—one that could thwart his ambitions to conquer Kisia. But her time in Empress Hana’s body is running out and each attempt they make to exploit Leo’s weakness may be playing into his plans.

And, as Leo’s control over the Levanti emperor grows, Dishiva e’Jaroven is caught in his web. To successfully challenge him, she’ll have to decide how many of her people are worth sacrificing in order to win.

This is the continuing story of several people. Rah e’Torin and Dishiva e’Jaroven of the Levanti, Miko Ts’ai of Kisia, and Cassandra Marius of Chiltae. I’m not going to spoil books one or two here, because you really should read them, but let us say that there are SPECTACULAR SHENANIGANS afoot, and that these four characters are right in the middle of all of them, despite being mostly nowhere near each other much of the time.

I love Devin Madson’s books so much. I picked this one up one night hoping to get a chapter or two in before I fell asleep and instead managed to read a quarter of it while drowsy-meds tried repeatedly to convince me to stop and maybe sleep instead. I feel like I made the correct decision in continuing to read, but it does say a lot about a book when I’m fighting the meds I take to go to sleep in order to keep on reading it.

This one, just like the two before it, made me immediately latch onto several characters and get my feels all in a twist when things I wasn’t expecting happened to them. We got a little more backstory for some of the characters, which was awesome. It took some turns that I absolutely did not see coming, and was paced so well that it never got boring or slow. I was hooked from page one, and there is truly not enough time in the day to have read this one as quickly as I would have liked to. Great characters, twisty plots, cool fight scenes that are like a complicated song and dance, and an interesting world of different cultures clashing. The last quarter of this book was a ride.

I cannot wait to see how this series ends. Devin Madson has created such a wonderful and evocative world that I love to read about. This volume earns a well deserved 5/5 stars from me. More pls. More!

One thought on “Review: We Cry for Blood by Devin Madson”