DUNDUNDUNNNNNNNNNNNNNNNNN, it’s that time again. This time it’s all me though, because Esme has been done cutting for weeks now. 😀

And today is… very cut-heavy, so apologies in advance! There is some good news at the end though… so it’s got that goin’ for it, which is nice. 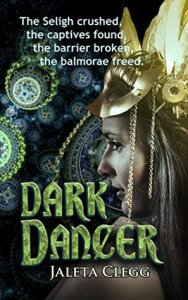 This is the story of Sabrina and her cousin Katie. When Sabrina was young, she would dance in the forest and be visited by one of the Seligh, who are elves from another world. When she grew up, that was long forgotten, until she found herself in the same circle of mushrooms, dancing with her cousin and friend. They are surprised when a portal opens and they are brought to the world of the Fey where one of the banished lords and his fiends the balmorae threaten not only the other elves, but Sabrina and Katie as well.

This was more or less a steampunk fae story, which sounded interesting as hell to me, as steampunk is definitely my jam, and stories involving the fae (or elves, or the Tuatha Dé Danann, and so on et cetera) are also my jam. It has strong elements of both. There are magical (and steam) powered airships, and the main elven city they visit contains magical steam-powered automatons. So, setting-wise, it had a whole bunch of ideas that I typically enjoy in a book. I didn’t find myself connecting to any of the characters though, and by about 20% or so I was struggling to stay interested in the story as a whole. This one will surely captivate someone, but I am not that someone, unfortunately. 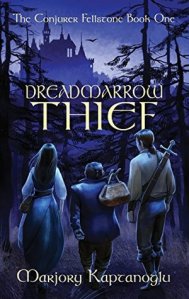 This is the story of Tessa, Ash, and Calder, who are three people in a city ruled by an evil conjurer. Tessa uses a magical amulet that belonged to her mother to shapeshift into a sparrow, but in doing so, she reveals herself to Conjurer Fellstone, who has her father killed and tries to kidnap her. Told by the local fortuneteller that the Dreadmarrow owned by Conjurer Fellstone can ‘cure’ death, she quests into his fortress to steal it, taking her friend Ash, and the fortuneteller Calder with her.

This book was pretty well written and read fairly quickly, but I found that I didn’t really care for the main character. Calder was alright, but I found Tessa annoying and Ash boring, and so by 20% I just gave up. The story is told from the POV of all three characters, with Tessa’s in first person, while the other two are in third person. This probably fed my dislike of Tessa, because it’s so easy in first person for me to get annoyed with characters. So, this one wasn’t my cup of tea either. However, I think this book will be right up someone’s alley. I’d recommend it to someone into YA books with multiple points of view.

I’m also using this opportunity (and a sweet Tonberry gif, I guess?) to cut a couple more books that have so far gotten full reviews. They are:

Commiserations to all those cut today. Don’t give up! Even if I didn’t love your book, or didn’t love it as much as another, always remember that this is a subjective contest, and, well… we can’t all love everything, right? ^_^ 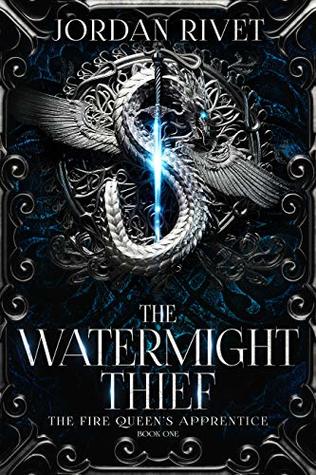 Which leads me to actually choosing a semifinalist, and I choose The Watermight Thief by Jordan Rivet. A dragon-filled romp across an interesting world of magic. And dragons. And…. Dragon Magic. Okay, I’ll shut up now. It was good. ^_^

More to come in the coming weeks! Stay tuned!

One thought on “SPFBO 5 – The Choppening, Part 3 (Now with a Semifinalist!)”