Ok, so… I was on top of my spfbo responsibilities and was working through this list like lightning… and then WoW Classic happened and … yeah. For the horde, anyone? I have peeled myself away from that game for a few days so I can be an adult and be responsible n’ shit. Sorta.

I’m going to be cutting more books today as well as announcing semi-finalists, and then BOOM IM DONE with my spfbo responsibilities (probably) because Mr. Baby is coming in just about 8 weeks. I may or may not be helping out with finalists, it depends on how cooperative (or not at all) Mr. Baby is when he gets here.

So, after reading the blurb I wasn’t all that convinced this would be my cup of tea, but it still has about 800 ratings with an average around 4/5 so I went into it with an open mind. Unfortunately, it just didn’t work for me. That’s not to say it’s a bad book, however. The writing was decent, the editing was professional, it’s just that the story didn’t make a whole lot of sense to me because so many things were left open and unexplained. I didn’t understand the character’s motivation to jump and help the Fae considering she was thrown out with the trash at 18 years old by them. The Fae live in another realm and will occasionally take humans as like… pets? For lack of a better word. Originally humans are cute and interesting as children, but as they grow up they become boring to the Fae, and after a while and they toss them back into the human world. Which is exactly what happened to the main character here. For some reason, after being thrown out, she was chosen to try and help out the Fae (another thing that wasn’t really explained) and she just rushes to go help. Allegra felt a bit young for her age, and maybe this is because the Fae coddled her as a pet for so long, but again, it wasn’t really explained. Her motivation to run back to this world that abandoned her could be desperation to be accepted again, but it just didn’t feel natural. I wasn’t a huge fan of the male protagonist in this, but that’s pretty subjective. Overall this is a light-hearted book with some adventure and mystery, but it felt a bit too young for my tastes.

Child of Flames by D.W. Hawkins

This one started out so promising, I was really enjoying myself and immediately recognized the writing as a step above what I’ve gotten from other SPFBO entries this year. However, the more I got into it the more the characters started to bother me and I started to lose interest. If I had been reading this as a review request or just something I picked up on my own I may have finished, but I knew at about halfway through this wasn’t going to be a finalist so I dropped it. The pros are definitely the magic system, the world-building, and the level of detail about the world’s history – it’s what got me so interested in this at the beginning. I would also say that the dialogue flowed naturally for the most part, the writing was quick and tight, and the banter was occasionally humorous which kept things entertaining. So, my big issue with it – the villains and character motivations were in my opinion, underdeveloped. I felt like I was being told over and over again how bad the bad guys were but without any real reasoning behind it. This won’t be a book for people who avoid reading about assault. I sort of felt like the good guys were really, really good and everyone in the book made sure to tell the reader how good they were… and the bad guys were 100% bad guys with no redeeming factors. I tend to prefer when characters are less black and white and more on a gray-scale. This will be a book many people will enjoy though, I definitely think it’s worth picking up if you like powerful magic/wizards, lots of world-building, and medium-length adventure books.

The Dragon Star by G.L. Breedon 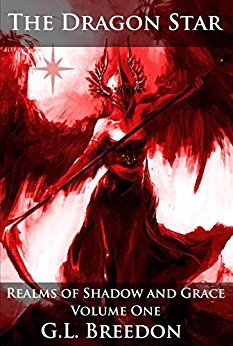 This is an incredibly long book, and when I saw that it was nearly 800 pages I admit I grimaced a bit. It’s a big undertaking to read 30 books and give them reviews and pick one of them as a standout – and having door stoppers in the midst of those 30 can be intimidating. However, despite my initial hesitation I found myself really enjoying the first couple chapters and wanting to read more. It’s a very well written and well-edited book with a unique approach to world-building/glossary. There are links you can click mid-chapter that will bring you to a glossary for unfamiliar names of places, events, and people. You can choose whether or not you want an info dump or whether you want to figure things out for yourself through context and reading more. I thought that was a really neat approach. In just a few chapters I found myself caring about the characters and what was going to happen next. This is a book with LOTS of characters and a world that’s built to an epic scale. To try and sum it up in a couple paragraphs doesn’t seem to be possible. This will be for people who love Malazan, WoT, and ASOIAF – extremely complex but also worth your time. This was probably the one I struggled with the most as far as cutting, but Kristen and I wanted to keep our semi-finalist pool small, and so, it’s cut. I put the status here as a DNF – but I do plan to continue and finish this book and any others in this world. It’s just that I have to finish it at my own pace, which is slow as shit now that I’m starting to feel very ill again and my reading has slowed down significantly.

Sweetblade by Carol A Park 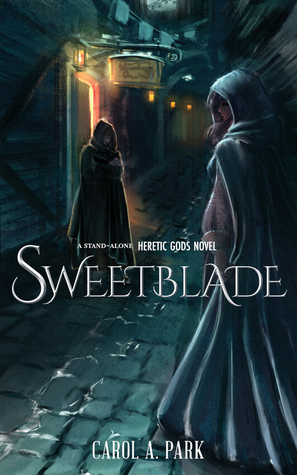 I had read a book by this author before called Banebringers and I really, really enjoyed that one – this is set in the same world and focuses on some cross over characters so I was super stoked. In this book we get the backstory for a master class assassin we meet in Banebringer, her name is Ivana and she starts out as a broken, poor, and desperate young woman living on the streets. She gets picked up by this mysterious dude and he takes her to come live with him. Now, I got really nervous here, “please, please don’t be a romance” – and it wasn’t! I am really not into the strong silent mystery dude rescues and falls in love with a broken young woman from the streets trope. At first, she doesn’t know what he wants with her, but considering her options are limited she chooses to stay with him. Soon she figures out that he’s an assassin and she begins training under him – but it’s not the typical kind of training you’d think of. I don’t want to get into spoilers so I’ll leave it at that. This book deals with mental health issues that include forced sexual intercourse, self-harm using a razor, and other difficult topics. If you find those topics to be too much or triggering I would maybe hesitate to recommend this. However, I do feel like this issues were dealt with in a respectful way that considered the characters motivations, feelings, and consequences rather than having these issues as a throwaway incident to set the tone as ‘dark’. If I had a complaint it would be the pacing, we get told one story for 3/4ths of the book and then the last quarter felt like a follow-up. There’s a time jump around this time where Ivana has ended her training and come upon a serial murderer three years post-training, and she’s trying to solve the murders. It’s almost like we get one novel and a novella. I’ve spoken with other judges who have already read this book and didn’t have an issue with the last quarter, so this is mostly a subjective opinion.

So to sum up, my semi-finalists are:

Those getting cut today (with a couple links to previous reviews):